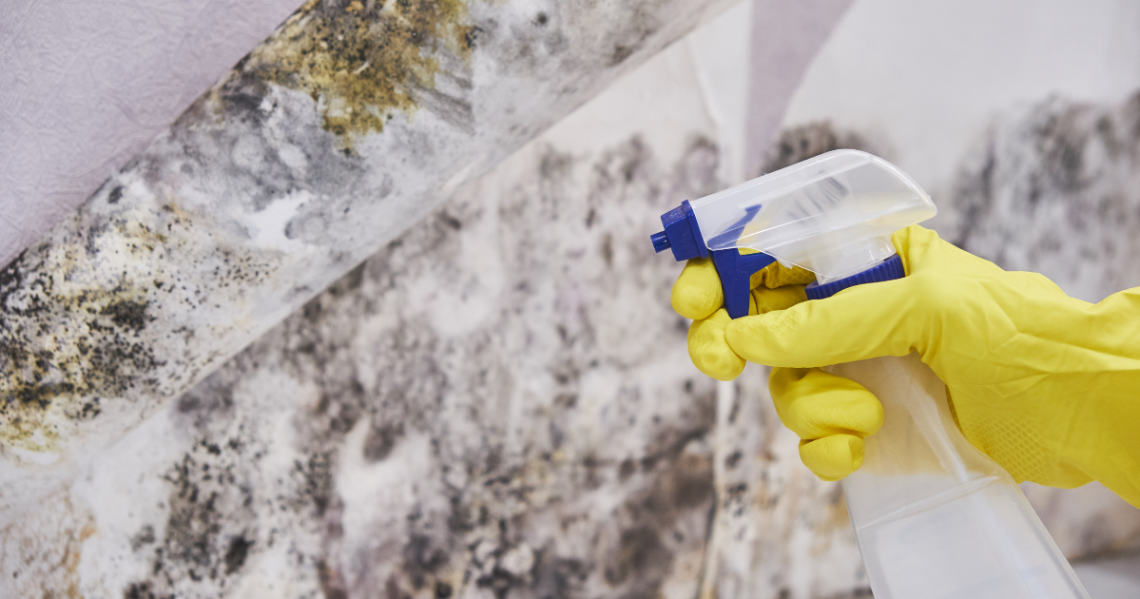 Have you noticed mould around your home? Mould is a common household problem, especially if you live in a warm or humid climate, even if you don’t you may find mould in your bathrooms, windowsills, basement, or on the exterior of your home. The most common type of household mould is mildew, and removing it is pretty easy if you have the right tools for the job. So let’s talk about how you can remove household mould.

Bathrooms are a common place where mould is found. The naturally damp environment can encourage the growth of this common household scourge.

To clean mould and mildew in the bathroom use 3-10% hydrogen peroxide. There is no need to dilute it, simply place it on a rag and wipe the offending area. You can also put the hydrogen peroxide in a spray bottle to make it easier to dispense.

If you have mould and mildew on the tiles and grout in your bathrooms mix equal parts of water and bleach in a spray bottle. Spray the tile and grout and allow it to sit for fifteen minutes. Take a stiff brush and scrub the mould away and rinse it off. You can also use this method even if you don’t have a mould problem to make the grout look whiter and brighter.

If you would prefer not to use a harsh chemical like bleach to cure your mould problem you can also use white vinegar. Simply fill a spray bottle with full-strength vinegar and spray the affected areas. Let the vinegar sit for an hour and come back and wipe the mould away.

To prevent mould growth on bathroom rugs simply spray the underside of the rug with your white vinegar spray, allow it to dry, and place it back in the bathroom.

It has happened to all of us, you spend a day at the pool and when you get home you forget to put the towels in the wash. The next thing you know you have the distinct smell of mildew and mould has filled the room.

First, wash the clothing items in the hottest water recommended on the care instructions, and put 120 to 240 ml in the load with your regular washing detergent. When the clothing comes out of the wash put it in the dryer on the hottest recommended setting, or put the clothes out to dry in the sunshine. Sunlight kills mould, and so do high temperatures.

Mould can commonly be found on household appliances such as refrigerators, washing machines and coffee pots. The combination of heat, food, and moisture makes it a perfect breeding ground for mould so these appliances should be cleaned frequently.

To clean your washing machine just use bleach and hot water on a cycle with no clothing in it at all. For your refrigerator use vinegar and water in a spray bottle to wipe it down inside and out. For your coffee pot, simply run a brew cycle with a mixture of vinegar and water. Once it has finished brewing wash the pot, and then run a cycle or two of water only to clear out any remaining vinegar. Here are more homemade cleaning recipes you should check!

Mould on the Exterior of Your Home

If you have mould outside of your home on your siding, concrete, stone, or brick you can use a mixture of bleach and water to remove it. Bleach is toxic to plants so if you have any plants or shrubs in the area you need to clean cover them with heavy plastic sheeting.

Mix one cup of chlorine bleach to every gallon of water that you will be using. Spray the affected area with plain water first, and then use the bleach and water mixture. Allow the solution to sit and see if the mouldy areas lighten if they do move on to another area. If they do not, scrub the area and then spray it with more of the bleach and water solution and allow to air dry completely.

Mould and mildew can frequently be found in window sills, especially if your home is older and the windows are not airtight allowing condensation to get in. To remove window sill mould simply fill a spray bottle with full-strength white vinegar and spray the area down. Let it sit for a few minutes and then scrub the area with a stiff brush, and use a clean cloth to remove whatever has been loosened.

Once the mould and mildew have been removed, remember to wipe your window sills down regularly. Seal any cracks that are allowing excess air and moisture in, and consider painting the window sills with mould resistant paint to stop it from coming back.

Use these simple household ingredients and tips to clean any mould in and around your home. You can be mould free in no time, and once it has all been removed use vinegar or bleach regularly to keep it from coming back again. Do you have any mould removal or prevention tips to share?

Have you been planning to organise your kitchen? Check out these kitchen organisation tips and more amazing cleaning tips to make your life easier!

Sophie is a cook and food enthusiast who has owned and run a cafe in her remote community since 2017. She wants to show that, no matter how busy you are, there is a way to make cooking and family life simpler and more enjoyable. 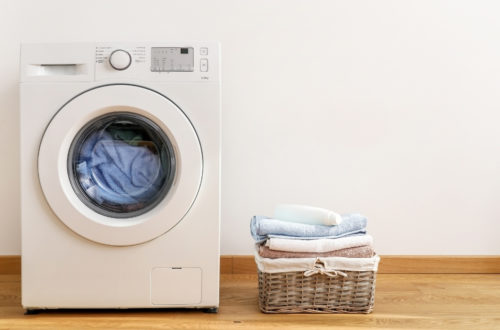 How To Clean Your Washing Machine, Tumble Dryer, And Dishwasher 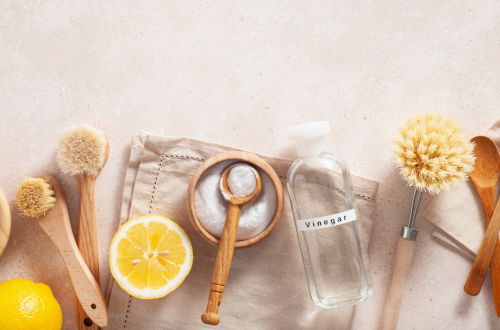 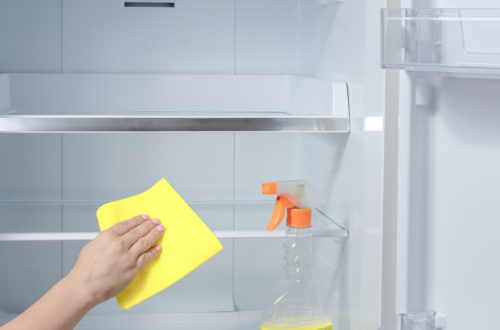