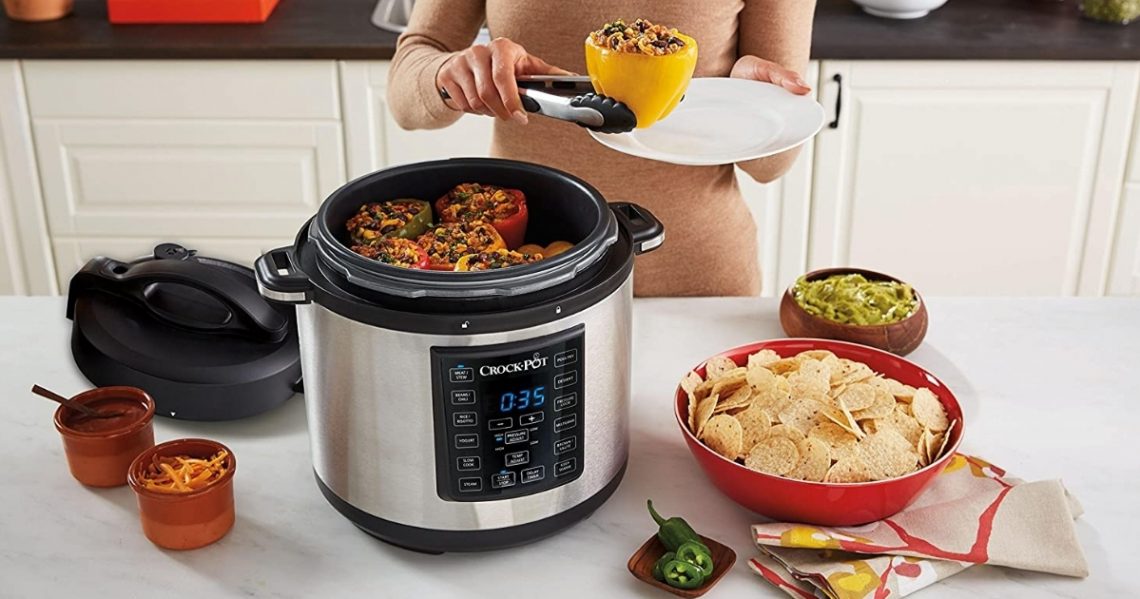 I’ve always enjoyed cooking and was more than happy to take on that role in our family. It’s a chore I genuinely enjoy and my husband gets a home cooked meal most nights – everyone’s a winner!

Then we got pregnant with our second daughter and I quickly realised that cooking a meal every day with a toddler and a newborn wasn’t going to be so easy.

My husband’s horror that I might not be able to cook for him as much, quickly turned to relief when I came up with the solution of buying a multi cooker. Honestly, he’s always thinking about his stomach that man!

This post contains affiliate links, which means I receive a small commission, at no extra cost to you, if you make a purchase using this link.u201d

I absolutely love the Crock Pot CPE200u00a0and wouldn’t hesitate to buy again. I wanted to be transparent in the review but honestly did struggle to find any cons! You will need to get accustomed to the settings, as you can see below, but the manual is so helpful and I didn’t have any problems at all. The cheapest price I could find at time of writing was on Amazon.

Yes, there are super mums out there who can seemingly manage to cook a 3 course meal every day, raise 4 children and run some kind of business empire all at the same time. I am not one of them! If you happen to be that mum – please leave right now. My confidence cannot handle your perfect life being so close to my scruffy mum bun and baby sick stained shirt. Especially whilst my toddler dunks her peanut butter sandwich in her milk and throws it on the ground. If you are someone like me, who has so little time in the day they can barely think, please read on for my honest opinion on the Crock Pot CPE200!

When I first opened the Crock Pot, it was pretty much what I expected and really doesn’t have all that much that sets it apart from any other multi cooker.

I was pleasantly surprised at the build quality considering we only paid $140ish (I have since found it for cheaper than that online – doh!). The machine is sturdy and the lid was actually much better quality that other multi cookers I’ve used. The control panel is big and easy to read and the buttons are a good size too.

There was also a pretty informative manual in the box as well as a small recipe booklet, which I have referred to countless times to make sure I’m using the best setting. Finally, there was a metal stand to create an extra “level” within the cooker and a plastic serving spoon, both pretty standard.

There are 12 functions to choose from with the Crock Pot CPE200 and it can seem a little overwhelming at first but I’ve given most a go and they’ve all worked well. If I’m not sure which setting to use, I take a quick look at the recipe booklet to find a similar dish and use . what is suggested there. This has worked out really well for me so far.

Meat/Stew – I used this setting for the Irish stew pictured below and it worked perfectly. The lamb fell off the bone and only took about 20 minutes.

Beans/Chilli – Made a beautiful bolognese sauce on this setting and although it probably wasn’t much faster than cooking on the hob I was able to cook for longer so got a much more intense flavour.

Slow Cook – Works just as as well as any slow cooker I’ve owned!

Dessert – I made the cheesecake from the recipe booklet which was delicious. My only pointer would be make sure to give the bowl and lid a VERY thorough clean before. When I opened the lid after cooking I could definitely smell the chicken curry from the day before.

Pressure Cook – Excellent at creating melt in your mouth meat dishes BUT it can take some getting used to. It was much more powerful than previous pressure cookers I’ve used. When I made a beef stew the potatoes totally disintegrated, even though I only had them in for 5 minutes! After some trial and error I’ve managed to master this setting now though.

Brown/Saute – Works great but does take a few minutes to get up to temperature.

There are still some functions I haven’t used but I’ll update the article as I get round to them.

Here’s a quick look at me actually using the crock pot multi cooker to make an Irish stew and then the lemon cheesecake.

First, I browned the lamb chops and fried the onion using the “brown/saute” function for about 5 minutes. It was quick and easy and did a pretty good job but I think it could be a little hotter if I’m honest.

I usually saute the meat whilst I prep the veg but because I was trying to be a bit fancy and look good in photos I pre-chopped my veggies this time! Usually I can just leave the meat to fry whilst do the veg and it’s done in time.

Next I added all the other ingredients (except potatoes) and used the meat/stew function for 15 minutes. Then finally, I add the potatoes and cook for a further 4 minutes – don’t be fooled that really is all it needs!!

That’s melt in your mouth lamb stew in just 24 minutes! Something I used to cook in the oven for about 4 hours.

I was nervous about the cheesecake but it couldn’t have been easier! Mix all the ingredients, add them to the cake tin and then it goes on the wire rack with a little water underneath. Easy and I’d definitely make it again!

So, Is It Really A Great Multi Cooker?

Obviously, I haven’t used every multi cooker in Australia but I’ve use a few different ones and this is by far the best one I’ve ever tried. Yes, it can take a little but of trial and error to get the hang of all the settings and if you’ve never used one before you’ll probably have a bit of a steep learning curve. That would be the case with any other multi cooker too though! It’s impressively powerful and saves so much time in the kitchen. I can easily get a delicious meal prepped during nap time and still have time to myself to relax before the mayhem begins again! Just make sure you clean the lid and bowl thoroughly between each use to get rid of the smells. If you have a dishwasher it’s definitely the best option but if not a thorough wash with hot soapy water is still easy thanks to the none stick coating. The best thing about the Crock Pot Express Crock Multi Cooker is the price. We bought it in store for $145 but i’ve since seen it online even cheaper! When I looked Amazon had the cheapest pice but that could have changed since.
Check Price on Amazon
Multi cookers save time and money but if you love deep fried food an air fryer is a great way to add some crunch to food without going too unhealthy. I am also looking forward to trying this Mars Bar fudge crock pot recipe.

Sophie is a cook and food enthusiast who has owned and run a cafe in her remote community since 2017. She wants to show that, no matter how busy you are, there is a way to make cooking and family life simpler and more enjoyable. 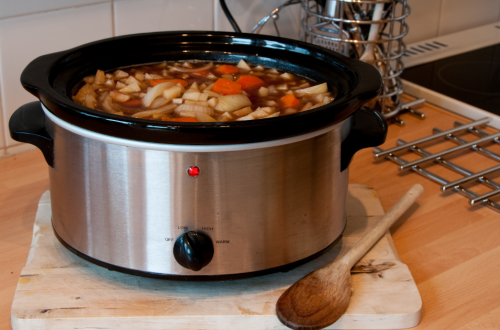 What Is The Best Slow Cooker, Australia? 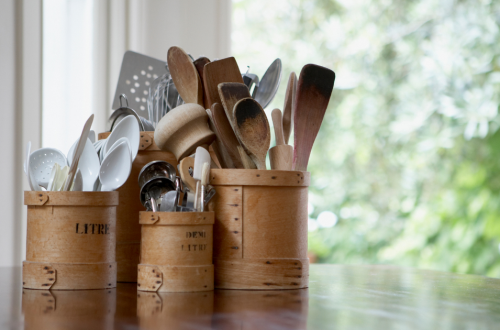 The Best Kitchen Utensils List For New Homes: All Your Kitchen Essentials!